As we discussed in our previous article on One Dimensional array, data was organized linearly in only one direction. 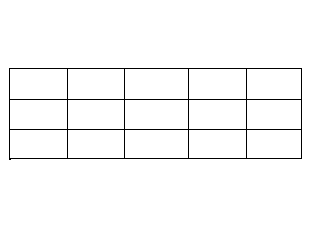 From the figure, you might notice that there are three one dimensional arrays in three rows.

Two Dimensional arrays are specified using two subscripts where the first subscript denotes the row and the second denotes the column.

Suppose, you want to store marks of two students in three subjects then two-dimensional array can be declared like this,

2d arrays are initialized using the same syntax as one dimensional array,

You can think about the given initialized array of marks like this also,

The individual elements of two dimensional array can be initialized using the assignment operator,

Simple program to understand the Two dimensional array in action

Program to print the elements of 2d array in C,

How two dimensional arrays are stored in memory ?

There are two ways of storing the two-dimensional array in memory.